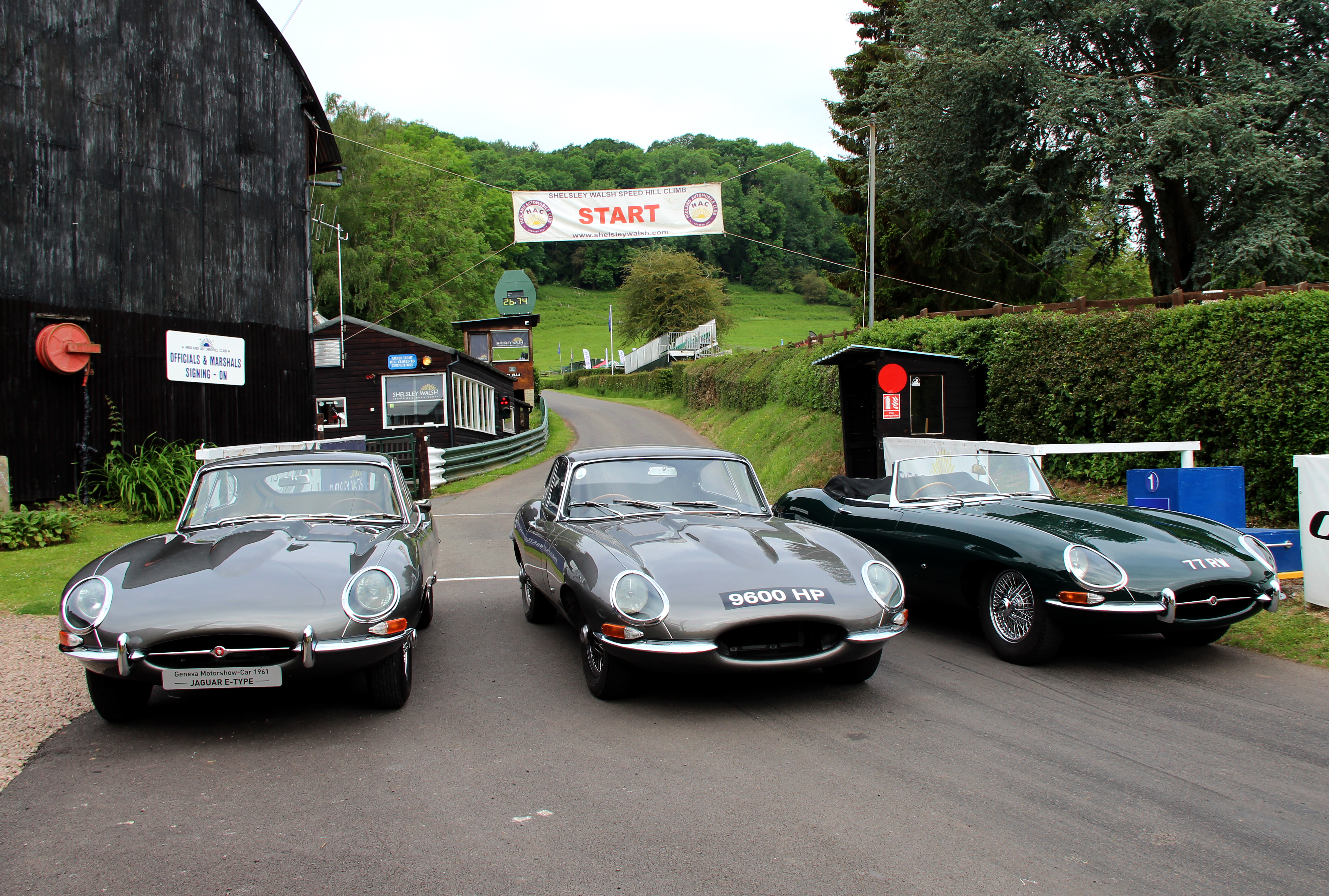 The 60th anniversary of the Jaguar E-type was celebrated in fine style this past weekend as around 400 E-types, their owners, sixty specialist exhibitors, and enthusiastic visitors gathered for E-type 60. The event, sponsored by SNG Barratt Group and Twyford Moors, was held under the sunniest skies of the year at the historic and spectacular Shelsley Walsh motorsport setting.

Apart from a glut of competition Es including celebrated Lightweights, Low-Drags, the E2A Le Mans prototype, and the first two E-types ever raced, the event also played host to an incredible reunion of the 1961 Geneva Motor Show trio – the first time these three cars have been seen together for sixty years!

The first in a series of videos from E-type 60 Filming partner, Berlinetta Films, showing E2A driving up the hillclimb course can be seen below.