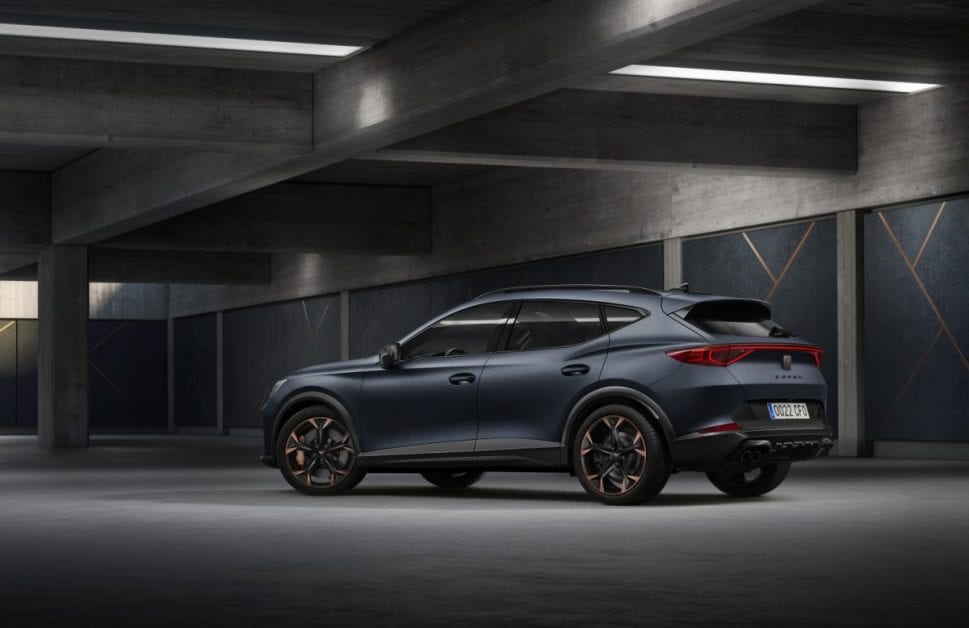 Customers that wish to be one of the first to receive a Formentor in the UK can register for an early production slot at preorder.cupraofficial.co.uk by paying a £500 deposit.

Customers that pre-order the CUPRA Formentor will receive a limited-edition VZ model, packed full of the latest performance and connectivity technology. This will be available exclusivly with the 2.0-litre 310PS four-wheel drive engine.

Only 100 VZ Edition models will be delivered to the UK with exclusive upgrades for pre-bookers. The name VZ comes from the word ‘Veloz’ in Spanish, translating as ‘Speed’ or ‘Fast’.

Production of the CUPRA Formentor, the first model developed exclusively for the brand, will commence shortly with the first vehicles arriving in the UK in quarter four 2020.

Since launching the CUPRA Formentor digitally in March 2020, there has been almost 20,000 expressions of interest from potential customers for the new cross-coupé SUV, leading CUPRA to open the pre-ordering tool.

The CUPRA Formentor has also been named FC Barcelona’s official car, becoming the first-ever model to be selected by the football club as its official car.

The vehicle will be used by staff for official business and the players will be able to customise their own vehicle for personal use, as part of the global alliance with FC Barcelona, which CUPRA is the football club’s Official Automotive & Mobility Partner.

* The full engine and trim line-up, as well as pricing, will be announced in the UK in late quarter four.